At the age of 18, Jacob Blank has been able to build a seven figure real estate investment company. Along the way, he has gained a great amount of high level skills and he yearns to pass his knowledge on to others to help change their lives for the better, just like he has changed his. 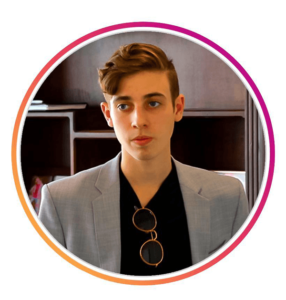 Jacob has been around the real estate business since he was twelve as his father has been a Real Estate Broker/Investor since before Jacob was born. From a young age, Jacob would do all sorts of jobs from landscaping to painting at the houses his dad was flipping.

A turning point occurred in Jacob’s life when he was 16. Jacob got very sick with mononucleosis. Due to him missing school constantly and the fact that he was starting to fall behind, the decision was made to have him drop out of traditional school to do online school so that he could fully recuperate. It just so happens that at the same time, his father, who had gotten involved with a bad business partner, was in a terrible financial and emotional state due to a lawsuit that was draining him both monetarily and emotionally. The business partner had fraudulently filed a lis pendens on a $500,000 property his father was in the midst of remodeling which prevented him from selling it; the asset became a major liability. In addition, due to the stress, Jacob’s parents started having problems and got separated.

This was an incredibly difficult time for Jacob. He was sick, couldn’t go to school and see friends and his family was falling apart. Jacob desperately wanted to help his father and do whatever he could to put his family back together. Little did Jacob know that this was the beginning of the best thing that has ever happened to him; a major turning point in his life that set into motion the beginning of his success.

At the time, Jacob’s dad was about to start a new flip and it seemed like a good idea for Jacob to partner on this project. Jacob not only went every day to help his dad with renovating the property, but he took his entire savings of $5000 to invest in the project. He felt it would be beneficial to have a true stake in the flip. Jacob always hustled to make money from the time he was young, always saving everything he earned. He sold old odds and ends that his family was getting rid of on OfferUp or Ebay, and put away money from different jobs he had. Jacob never went and bought unnecessary stuff at the store with his savings. He always desired to save his money for a bigger purpose. Working with his dad, day in and day out, Jacob helped his family see eye to eye and brought his parents back together. Then, after selling the flip, he more than doubled his money! It was after this that Jacob’s interest in real estate really peaked!

Jacob started researching more about real estate by constantly watching YouTube. This was when he learned about wholesaling. Jacob realized that in the time it took to do the one flip, he could have done ten times as many wholesale deals and made triple the money! He learned everything he possibly could from watching videos and reading books about wholesaling. He then put his knowledge into action working as hard as possible to build his real estate company, as well as a few other smaller companies along the way. And the rest is history. Jacob has been working incredibly hard to build a multi-million dollar company ever since. He went from one deal to ten deals a month over the course of a year. Jacob’s journey has been incredible and he wants to share his story with thousands to motivate, teach and change lives!

Get access to free training material and stay updated with Jacob Blank.

Thank you for subscribing to our news letter!